Friday evening, September 18th. The storm was on the way…predictions of up to 18 inches of snow had everyone scrambling for toilet paper, cookie recipe ingredients and presents on the lists. We had to fight traffic to get to Sam's Club; zigzag around the party atmosphere in the aisles as people discussed their preparations for the impending blizzard, and finally a mad dash into Wal-Mart for … lasagna noodles?? Yes and another 5 pound bag of King Arthur all purpose flour.

Blizzards to me equal “Baking Day Heaven”. And this time it would be heaven in the form of chocolate bread…which I renamed Bliss by Triple Chocolate.

I first time I saw a true chocolate bread a few years ago here in York, at bakery stand at the Eastern York market (held every Friday for 50+ years). At the cost of $10 for a loaf, I buy any, not even one. I so wanted to find out what it tasted like and whether it was worth recreating the recipe. The bread looked as though the crumb held together but wasn’t too sticky. So the search began for the perfect chocolate bread recipe. My next stop was Wegman’s grocery store in Hunt Valley, MD, just 30 minutes away.

Wegman’s is one of my favorite stores…food porn, eye candy, whatever you want to call it…the store has some of the best pastry and bread displays I have seen outside of very fancy bakeries. They had chocolate bread also, and at less than $5.00, I had to buy a loaf of theirs to taste. It was better looking than the first loaf I saw but still not what I was seeking in taste. I searched the internet, looked scrutinized the cookbooks I could find and then concentrated on other things…beer…but not just any beer…chocolate stout!
After trying a few more chocolate bread recipes I couldn’t quite get it just right, even when sacrificing a bottle of my chocolate stout as one of the ingredients! Then along came Artisan Bread in 5 Minutes a Day and the search was over!

So before I go further I’d like to say a very big THANK YOU to Zoe and Jeff, authors of Artisan Bread in 5 Minutes a Day, and Healthy Bread in 5 Minutes a Day (and page 211 of ABin5), ! I’m not going to list the recipe or show the step by step pictures because you can go to their website for that. http://www.artisanbreadinfive.com/?p=1047.

But even their recipe was missing a key ingredient, and I let them know about it. The chocolate bread recipe on the ABin5 website lists two kinds of chocolate, but I deepened it a bit with three types of chocolate plus dried cherries and call it “Bliss by triple chocolate.” One of the chocolates was Chocolate Stout. BUT I decided not to sacrifice one of the last precious bottles of my homemade 3 year old chocolate stout; instead I used a bottle of Brooklyn Brewery Black Chocolate Stout. A very fine beer to sacrifice on the altar of my favorite breads! 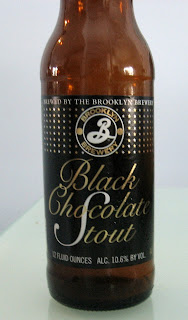 The night before I was to mix the dough, I opened the 12 ounce bottle of beer and poured it into a 4 cup measuring cup and covered it with plastic wrap to allow it to go flat. When I was ready to make the dough I added water to take it to the required liquid. I also measured out one cup of dried cherries. As to the other two chocolate additions called for in the recipe, I used Trader Joes 70 % chocolate bar for the ganache, and the chopped chocolate, and Penzey’s Spices Dutch-process cocoa. Zoe is so right about what the dough is like! It doesn’t rise much…but it does rise. Check out her great pictures! 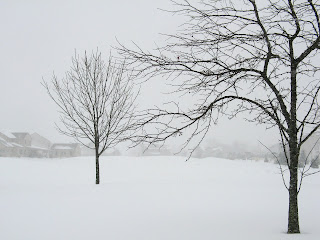 While the snow came down like flour being sifted outside, I started working with the dough. Again Zoe is right, it’s a big lump! LOL. I made two balls and placed them in a bread pan. I loved the idea of using butter to coat the inside of the pan and then dusting with table sugar, but I also found that dusting the counter with sugar helped to spread the dough out to make the various shapes I wanted.
I pressed out a circle of dough and smeared it with mascarpone, then used my pizza cutter to cut the slices and rolled them from the wide end to make crescents. I did the same with a slather of cream cheese, and another with sugar free raspberry jam. I made a variety of sizes of crescent rolls just for experiments. 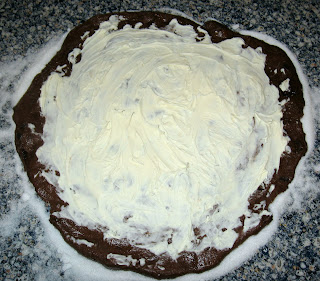 Next I took about a ½ pound section of dough and again placed it on the sugar coated counter and pressed it into a rectangle about 1/3” thick. I then sprinkled cinnamon on it, but not just a little sprinkle…I practically poured it on! Next I sprinkled Splenda (cup for cup granulated).  It seemed that any chocolate we had during our 9 months in Mexico had cinnamon in it. We loved it! So this was my way of saluting Mexico’s great chocolate that they use for making hot chocolate, and eating. 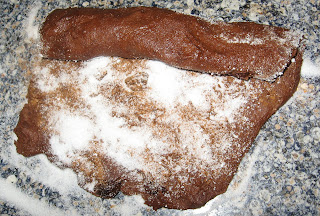 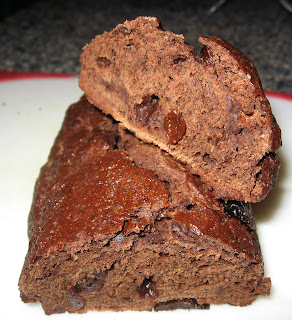 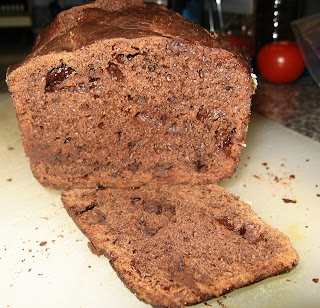 I will say that I would not make the chocolate crescents again.  But the other shapes I will!

I've been passing it out at work as Holiday gifts.  I don't even need to wrap it in pretty wrapping paper.  The aroma is so chocolatey that the scent of chocolate fills the recipient's cubicle!

Try Zoe and Jeff’s recipe now, then you’ll be ready for Valentine’s Day! You will love it and it truly is Blissful chocolate!
Posted by Ezzie at 6:58 PM

Ezzie
York, PA, United States
Hello! I'm so glad you stopped by to visit! Please enjoy my recipes and let me know if you have any questions!